Sign-up today for the latest news and updates on the skincare industry, including how to improve your spa or esthetics business.
Treatments
October 5, 2021
by Kate Barrington
0

Everyone has a song that immediately warms their heart and calms their mind. Even if you’re not an avid music lover, music has the power to change the way you feel. In fact, scientific evidence suggests that humans are hard-wired to respond to music. Scientists have found that music stimulates more areas of the brain than any other human function, but it may also have profound impact on the body.

Sound therapy is a rising trend, used everywhere from the Woom Center in New York City to the Soundbath Center in Los Angeles. Wellness destinations around the world use sound therapy and you can to. Sound therapy is easy to incorporate into your spa and it could have some serious benefits.

What is Sound Therapy? 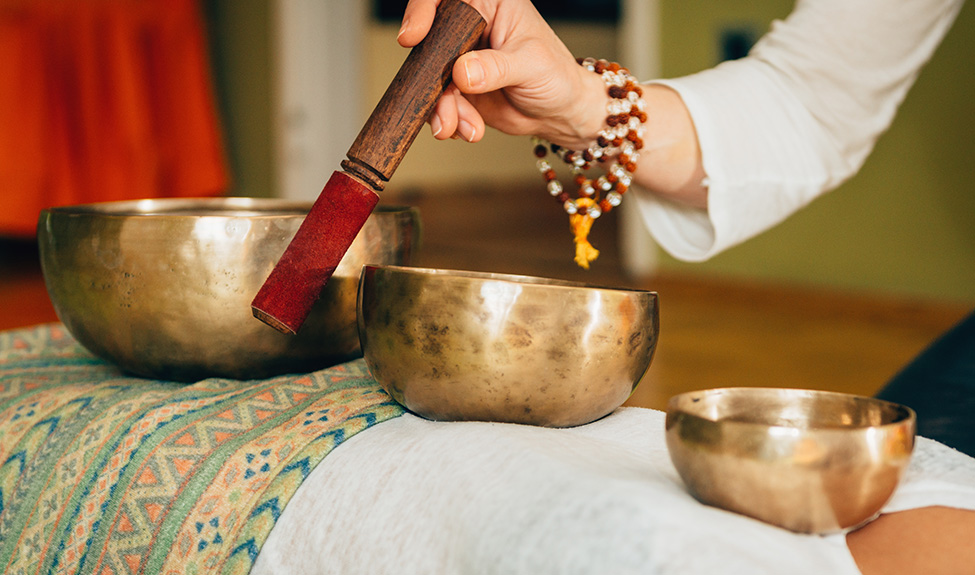 The term sound therapy covers a range of different treatments like music therapy, sound baths, guided meditation, and more. In the way massage therapy delivers healing through physical touch, sound therapy provides healing through the auditory senses. It is a simple, non-invasive, and cost-effective therapeutic tool used in spas, wellness centers, and even medical offices.

In the United States, the most commonly practiced form of sound therapy is music therapy. Music therapy may involve listening to music, singing along, moving to music, meditating with music, or even playing an instrument. It has been shown to promote both physical and mental health and wellbeing.

Here’s a quick overview of some of the various forms of sound therapy:

A sound therapy session can be active or passive. Some involve activities like yoga or tai chi while others simply involve lying on a mat or bed to experience the music. Sound therapy sessions usually last at least 20 minutes up to 2 hours, though they can certainly go longer.

A Brief History of Sound Therapy

Sound therapy is nothing new. In fact, it has been used since the beginning of recorded history, though science is only now catching up with ancient sound healing practices. Many cultures share creation myths that begin with some kind of sonorous event and music can be found in our very DNA. Even plants themselves have a sound, so it’s no wonder that the human body responds so profoundly to sound.

Written history abounds with references to healing temples built to harness the three most powerful forces in the universe: sound, light, and magnetics. These magnificent temples were built on magnetic vortices, architecturally designed to harness sound and light waves. Think about the Egyptian pyramids, great Gothic cathedrals, and the Greek Asclepian temples. Since 4000 B.C., humans have been responding to the draw of therapeutic sound.

The history of modern sound therapy dates back to the late 1800s when doctors first discovered a connection between sound and healing. Music therapy was widely used during the 1940s to help rehabilitate soldiers returning from WWII which led to the development of sound wave therapy in 1950. British Osteopath Sir Peter Guy Manners developed the first machine that produced sound waves specifically for the purpose of healing. By the 1900s, Manners’ technology had been computerized and modern scientists continue to explore the effects of sound on the mind and body.

The Potential Benefits of Sound Therapy 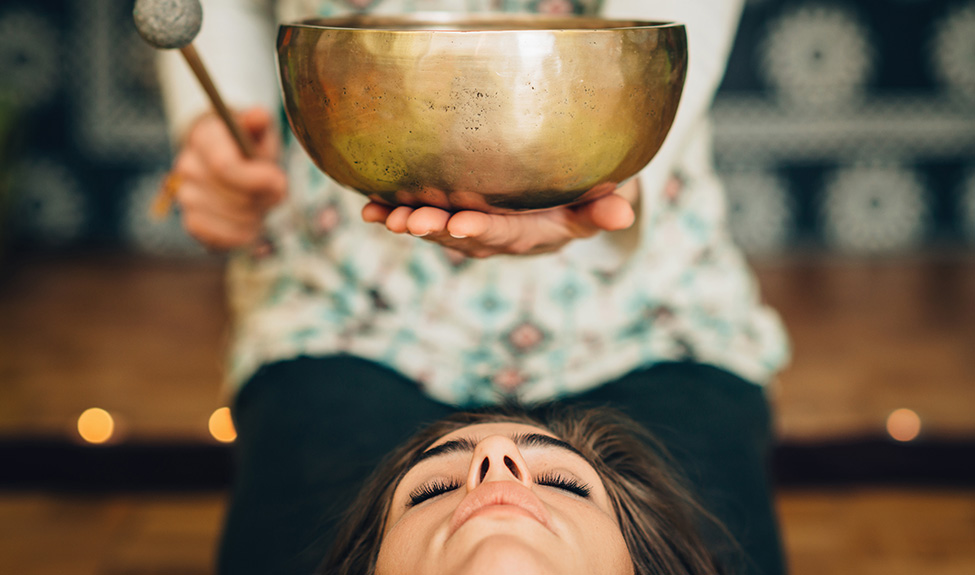 It seems as though humans have always had a special bond with sound, but modern science has shown us real evidence of this relationship. A study conducted at the University of California found that meditation accompanied by Tibetan bowls significantly decreased stress and anger. Another study focusing on fibromyalgia patients revealed noticeable decreases in pain with low-frequency sound stimulation. If that’s not enough, an analysis of 400 studies linked playing and listening to music with improved overall physical and mental health.

Here are some of the potential benefits of sound therapy:

Sound therapy covers a wide range of techniques and treatments, so there are many ways to incorporate it into your spa practice. Paired with other therapies like aromatherapy and massage, it can greatly enhance your client experience.

Should You Incorporate It into Your Spa?

Offering add-ons like sound therapy to your spa menu can enhance your client experience and boost revenue. Sound therapy is easy to incorporate into just about any spa treatment from facials and body treatments to reflexology and massage. It can be as simple as choosing music that has been shown to promote relaxation to as complex as delivering sound waves or vibrations directly to the client.

When choosing the music for your spa, go with soft, flowing music with simple and predictable melodies. Avoid sudden key changes, minor melodies, and pitches that are too high or too low. Plucked instruments like harps and guitars are optimal, as are soft percussion instruments and wind instruments. You may even want to adjust the tempo according to the different phases of treatment, using something slow to settle the client in and something a little faster to awaken them at the end of treatment.

As a spa owner, your ultimate goal is to create a relaxing and memorable experience for your clients. Choosing the right music and incorporating other aspects of sound therapy can set your spa apart and ensure that every client leaves satisfied and fully relaxed.

How to Help Your Spa Clients Overcome Jet Lag

8 Ways to Prep Your Spa for the Holiday Season