Sign-up today for the latest news and updates on the skincare industry, including how to improve your spa or esthetics business.
Spa
June 1, 2021
by Kate Barrington
0

Imagine a treatment that could help you clear your mind and enter a state of complete and total relaxation. There are no distractions from the outside world – no light, no sound, and no feeling. You’re floating in a silent sea of blackness, aware only of your own thoughts. This is the essence of float therapy and it is becoming an increasingly popular treatment in the spa and wellness industry.

Float therapy was originally developed during the 1950s but has regained popularity in recent years as a natural treatment for everything from stress and anxiety to depression, high blood pressure, and chronic pain. Here’s what you need to know about float therapy.

A History of Float Therapy

Sensory deprivation tanks, also known as float tanks, are commonly used for restricted environment stimulation therapy (REST). The first float tank was created in 1954 by John C. Lilly, an American physician and neuroscientist who used it to study the origins of consciousness. Lilly’s research became controversial during the 1960s when he began studying the effects of sensory deprivation while under the influence of LSD and ketamine, a hallucinogenic and an anesthetic.

Though Lilly is commonly named the original creator of the sensory deprivation tank, the modern float tank is the product of two of his subjects, Glen and Lee Perry. Together, this pair founded a company called Samadhi, named after the 8th chakra, through which they sought to open up the benefits of float therapy to the general public. They opened their first float center in Beverly Hills, CA in 1979 and over the next few years, float therapy exploded in popularity.

Throughout the 1970s, float centers came to be known as a way to relax, unwind, and reset. Though float therapy saw a significant decline in the 1980s and 90s, it has seen a resurgence in the 21st century. Research into restricted environment stimulation therapy has grown dramatically and researchers have come to understand a myriad of benefits related to float therapy.

Some of the most exciting research regarding float therapy is being conducted at the Laureate Institute for Brain Research (LIBR) in Tulsa, Oklahoma. Under the guidance of Justin Feinstein, a neuropsychologist, researchers are exploring the benefits of float therapy to help patients suffering from common psychological conditions build better mind/body awareness.

How Does it Work? 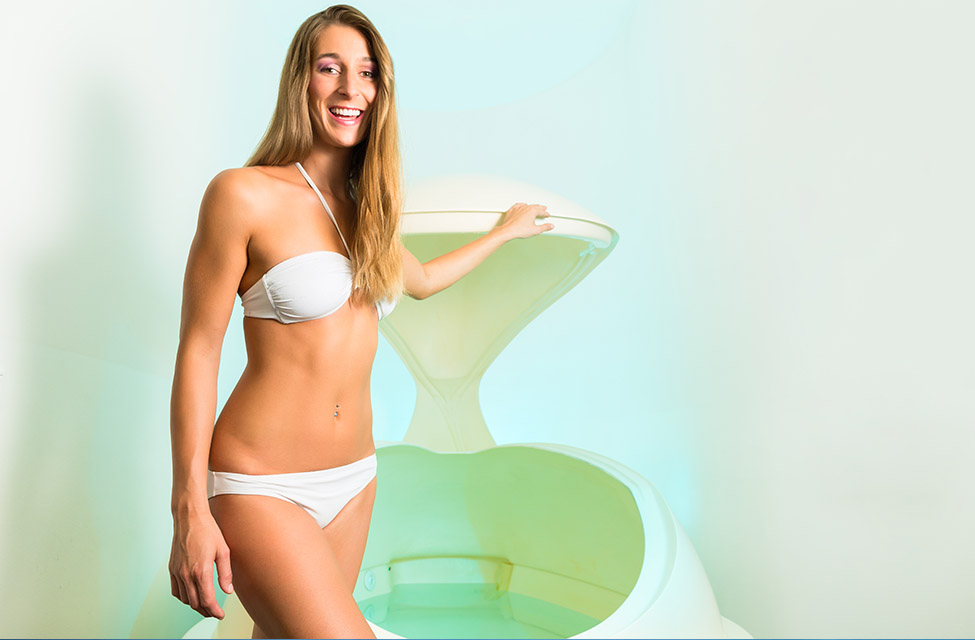 A float tank is a zero-gravity environment designed to help you relax your mind and body. Float tanks are typically filled with around 1,000 liters (264 gallons) of water mixed with around 550 kg (121 pounds) of Epsom salts. The water is heated to skin temperature and the specific gravity of the solution (around 1.27) gives buoyancy to the water to keep the body afloat.

Epsom salt is rich in magnesium and sulphate and has been used as a natural remedy for everything from pain to stress. Magnesium, the second most abundant element in the human body, plays a key role in hundreds of biological reactions. It is vital to optimal health and wellbeing, but more than half the U.S. population fails to receive their daily recommended allowance for this essential mineral. Many of the benefits for which float therapy is known are thought to be related to an increase in magnesium.

In addition to the benefits of magnesium, float therapy is a form of sensory deprivation which has its own benefits. The tank is kept dark and quiet, removing all outside stimuli while the Epsom salt solution keeps your body buoyant, creating the feeling of zero gravity.

The Benefits of Float Therapy

Float therapy is a form of sensory deprivation known as restricted environmental stimulation therapy (REST). In a float tank, your alpha and beta brainwaves switch to theta waves – a condition that normally only occurs before sleep and waking. While you’re in the float tank, theta waves occur while you are fully conscious which puts you in a meditative dream-like state.

Here are some of the potential benefits of float therapy:

Many of the benefits associated with float therapy have to do with the state of complete relaxation you enter while in the tank. Deprived of outside stimuli, your brain enters a relaxed, almost meditative state while you maintain full consciousness. People report a variety of effects including a release of tension, a heightened state of reflection, and greater introspection.

If you’re looking for a way to increase your spa menu – especially if you’re interested in offering more touch-free services – float therapy may be an option to consider. It requires a significant upfront investment to purchase the tank, but maintenance is relatively simple, and you won’t need to hire specialized staff to deliver the treatment.